I think I had a touch of cabin fever. Too much time indoors hiding from the cold. Something I am not accustom to coming from the tropics. Nothing like a motorcycle ride to shake the blues. 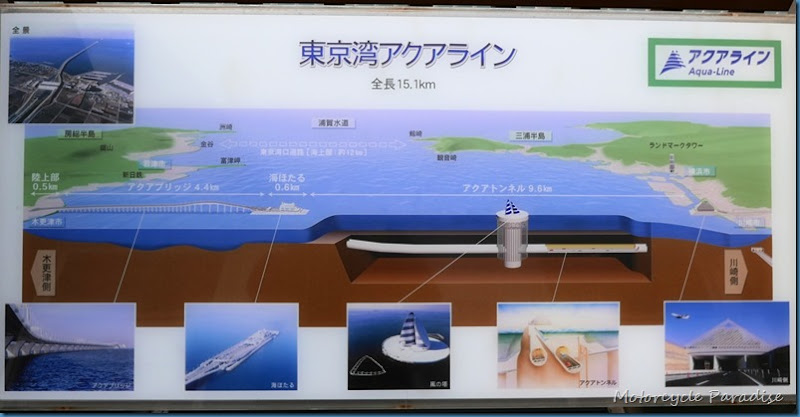 This is the Tokyo bay Aqua line highway that goes from Yokohama across the bay to Chiba first by tunnel then bridge. I had wanted to ride it for a while so when I missed the Kurihama ferry due to forgetting my bike paperwork I decided to give it a go. Such a lot of heavy industry in the Yokohama port, the pollution seemed to turn the skies grey however it was actually the sun disappearing behind clouds for the rest of the day with temperature stuck about 8 degrees. Well the FJR is still a comfortable place to be even in these conditions so I rode on.

Across the bay beyond the urbanised areas there many small villages where life operates at a different pace to the metropolis of Tokyo. 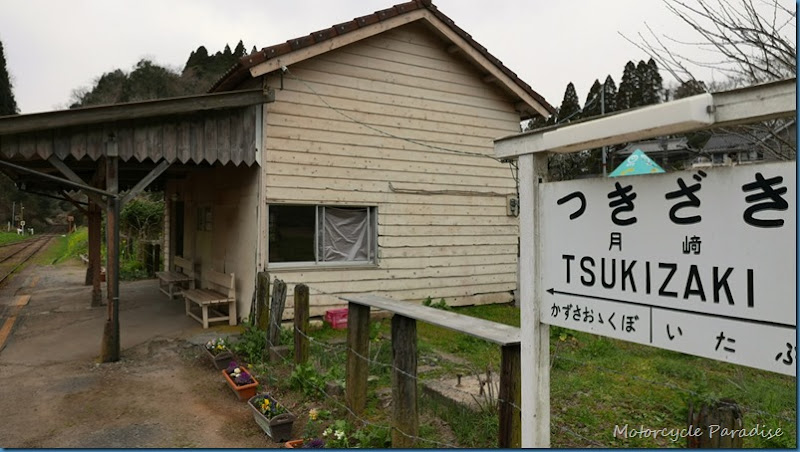 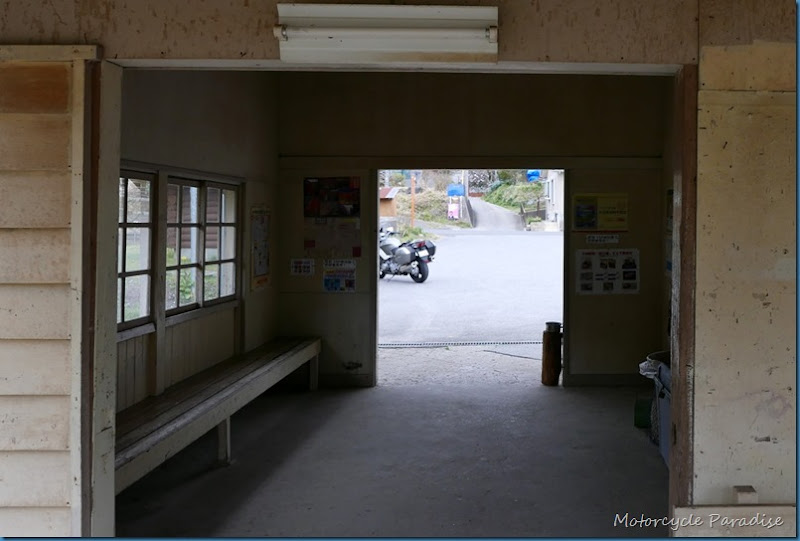 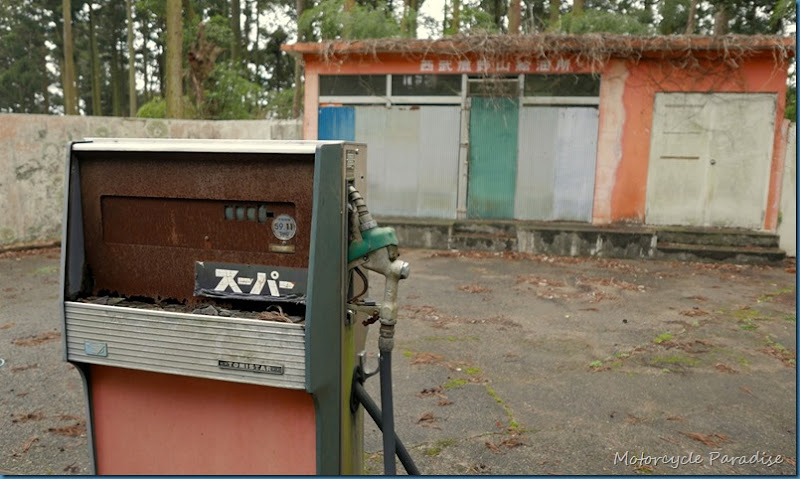 The landscape is still in winter mode and so on a bleak day there is barely any colour besides the golf course. Even pine trees go brown however there is a few signs that Spring is just about to arrive. 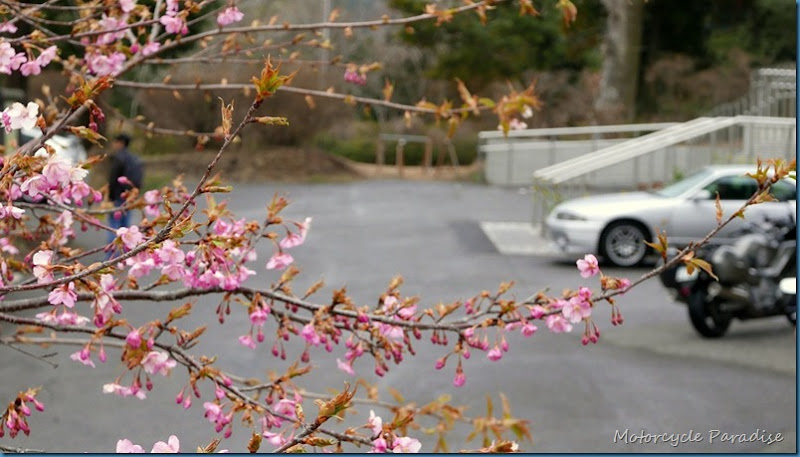 First buds of Spring above and what a lovely rural bus stop below. 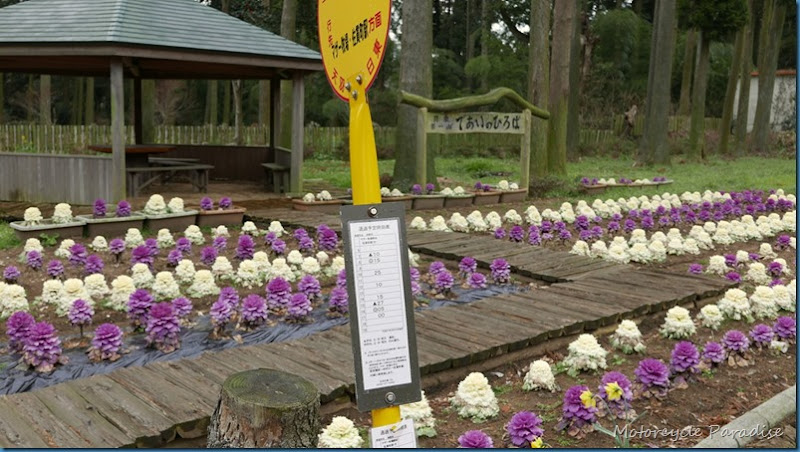 I have had a bit of a win with the FJR and the Garmin Zumo GPS. First of all I decided to lower the FJR triple clamps i.e. raise the fork legs up in the clamps to alter the geometry of the steering. It’s a bit of a serious move but I had grown tired of the overly heavy steering and exhausted other options. Well the good news is it has made a dramatic improvement to the way the motorcycle turns corners and I can further alter it so this has reignited my hopes of making the FJR a more enjoyable motorcycle in the corners while still being a luxury ride from those corners back home.

Regarding the Garmin Zumo I also had reached a point where I was all but given up on it being very useful on the Japan highway system. I had read stories that units sent for repairs were gone for months so had persisted with it however eventually I decided to send it in with a list of performance issues. The unit was posted on a Wednesday and was back within week which is superb turnaround by Garmin’s agents in Japan. Taking the Aqua line gave me a chance to really test it out, getting there included two other expressway systems, some mega multi level junctions and extensive underground highway. So far it is a huge improvement on previous navigation. Highway mode works, lane assistance in advance of junctions seems accurate and the big one split screen junction views appeared for each of the mega junctions, sometimes multiple graphics to navigate me through what would have otherwise been difficult road junctions. Garmin if your device continues like this then I will be very happy.

In the long underground tunnel of the Aqua Line it stayed in navigation mode working by estimating my location based on the road speed limit or my last recorded speed like other GPS units do however I noticed when following a user defined route later in the day in Chiba the unit within maybe 20 seconds of entering a tunnel will still stop navigating and display say poor satellite reception until exiting the tunnel so half fixed. Well my spirits were already lifted just by going for a motorcycle ride however these two things really have boosted that further as least not everything I have invested money in recently has been a bad choice, hope some of this positive change rubs off to other aspects of my life.

I felt the traction control activate first time today. Riding through a old one lane small tunnel in the hills on back roads there was a couple of damp spots on the road inside the tunnel where water had dripped from the ceiling and one of them must have been black ice. Fortunately very small patch that I never felt up front having glided over it quickly as I accelerated out of the tunnel but the rear was stopped from spinning up by the electronics. Something learnt then is in a one lane tunnel the centre is probably not best place to be as car tyres will never have been there.

Todays route went something like this but it was too long after missing the ferry so I trimmed about 50km off it towards the end. I arrived at the ferry well after the shut off for boarding but sometimes being a foreigner in Japan you get special treatment and this was one of those times. Despite the FJR being behind a few other motorbikes waiting for the next ferry in an hour I was walking near the pier with my ticket in hand smiling and looking dumb (I do that naturally) and the loader called out to the ferry guys and then pointed to me and then to the ferry. Yes! there was one bike space left and they decided to load me. Happy days 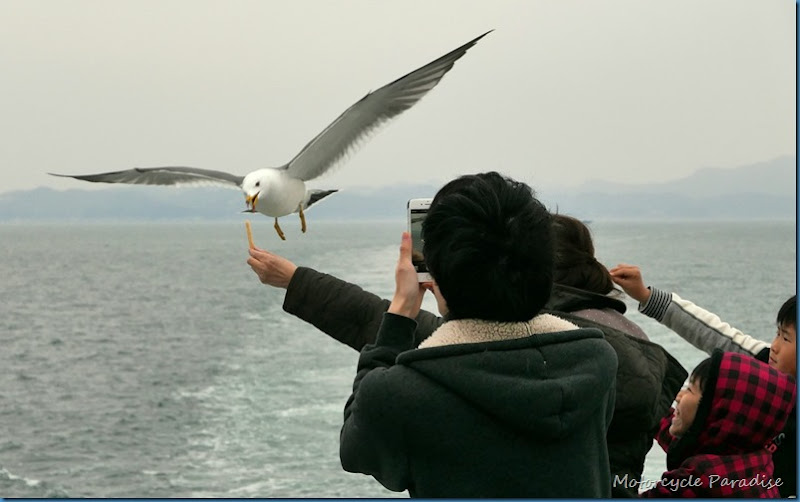